“As a small team of two, we need to get as many perspectives as possible. Early Access is a great way to involve the community in shaping the future of the game.”

“We intend for the game to be in early access for a few months, but less than a year.”

“The full version will differ from the Early Access version in 3 significant ways:
”

“All the gameplay features in single player mode are 100% implemented. Players can already enjoy all the classes and skills, as well as an infinite amount of procedurally generated loot. As far as single player is concerned, Ghostlore is already a complete experience.

Content-wise, about 60% of planned locations have already been implemented. A little over half the monster types have been implemented as well. After completion of all the locations currently in the game, the procedurally generated endless mode becomes available. So even in Early Access, players can look forward to hours of entertainment and ever greater challenges.”

“The early access version will launch with a discounted price.”

“We check our Discord server and Steam forums daily, and make an effort to reply to everyone. New locations and enemies would be released on a regular basis, and will be open to suggestions and feedback. Certain players have access to a beta build of the game where we test and iterate the latest additions to the game.”
Read more
This game is not yet available on Steam

“This is the most fun I've ever had!”
Retromation

Ghostlore is an 'Eastpunk' Action-RPG where you fight monsters from Southeast-Asian folklore. Inspired by timeless classic ARPG's such as Diablo 2 and Titan Quest, Ghostlore features a detailed item and character customization system, procedurally generated maps, and beautiful 2D isometric art.

The bloodthirsty Penanggal is a gruesome creature of with origins in Malay folklore. It comprises of nothing more than a disembodied head and dangling entrails. The Indonesian Babi Ngepet myth tells of sorcerors who sacrifice their humanity in order to become boar demons. The tales of Hungry Ghosts are superstitions brought over by Chinese immigrants - undead horrors cursed to remain forever hungry due to their greed in mortal life.

Stories from the maritime region of Southeast-Asia are full of all manner of nightmarish, horrifying creatures. Are you brave enough to face them? Discover over 40 different enemies, each with their quirks and tactics to defeat based on their descriptions in folklore.

Explore a procedurally generated world that takes inspiration from the developers' home country of Singapore, its two closest neighbours, Malaysia and Indonesia, and the rest of Southeast Asia. 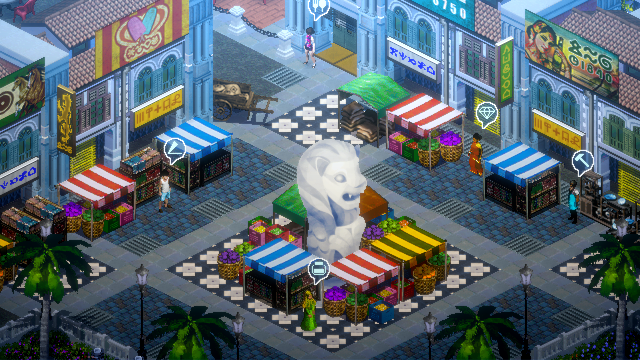 Players unfamiliar with the region will get to experience a culture that is underrepresented and rarely seen in other forms of media. Players who live in Southeast Asia will find plenty of things they recognize - such as the food! Collect and prepare various meals to boost your stats. Don't fight on an empty stomach!

Ghostlore allows you to mix-and-match abilities from 3 out of 6 character classes to create your own unique hero. The 6 classes are:

The Glyph system is where Ghostlore brings something truly new to the Action-RPG table. In your travels you will find Glyphs - magical symbols that you can inscribe onto your body to gain new powers.

Each Glyph takes up space on your body (represented in game as a grid). As your level increases, so do the number of glyphs you can inscribe onto yourself.

Here's where things get interesting: Compound glyphs are rare and special glyphs that use 5 normal glyph spaces, but grant additional bonuses to glyphs that are placed within their configuration. Plan your Compound Glyph layout in order to maximise stat bonuses! 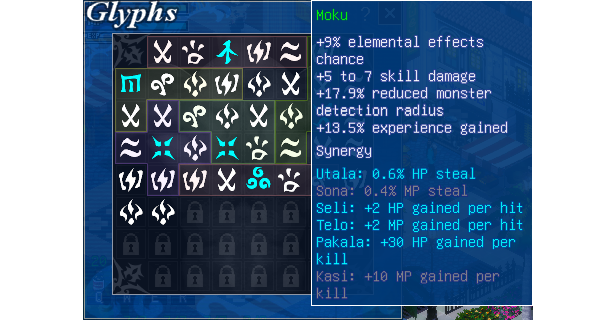 In Ghostlore, you can wield a variety of weapons prevalent in Southeast-Asian martial arts:

In addition, you can find and equip a variety of Amulets. Amulets are commonly sold in many parts of real world Southeast Asia as good luck charms. In the world of Ghostlore, their power is very, very real. Equipping the right Amulet for the situation can mean the difference between a glorious victory and an untimely demise.