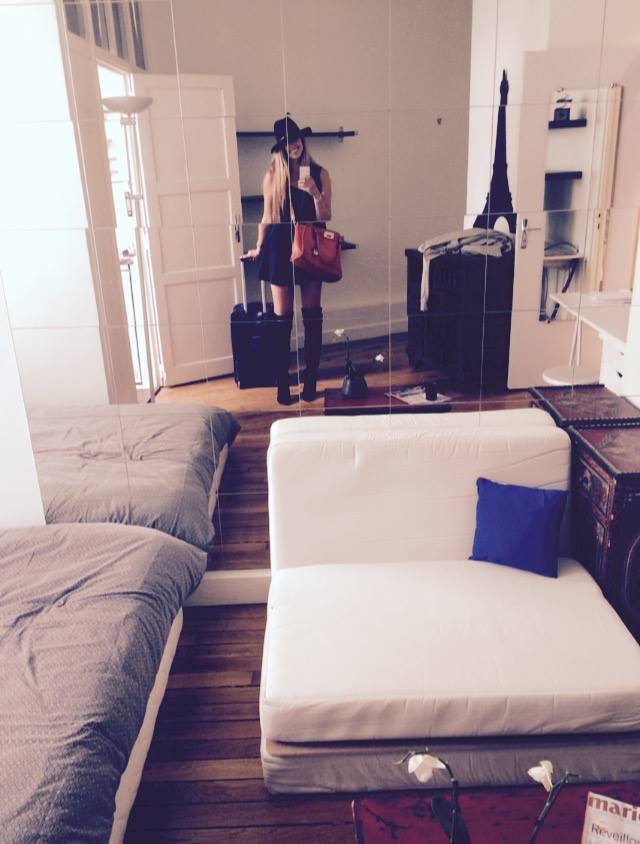 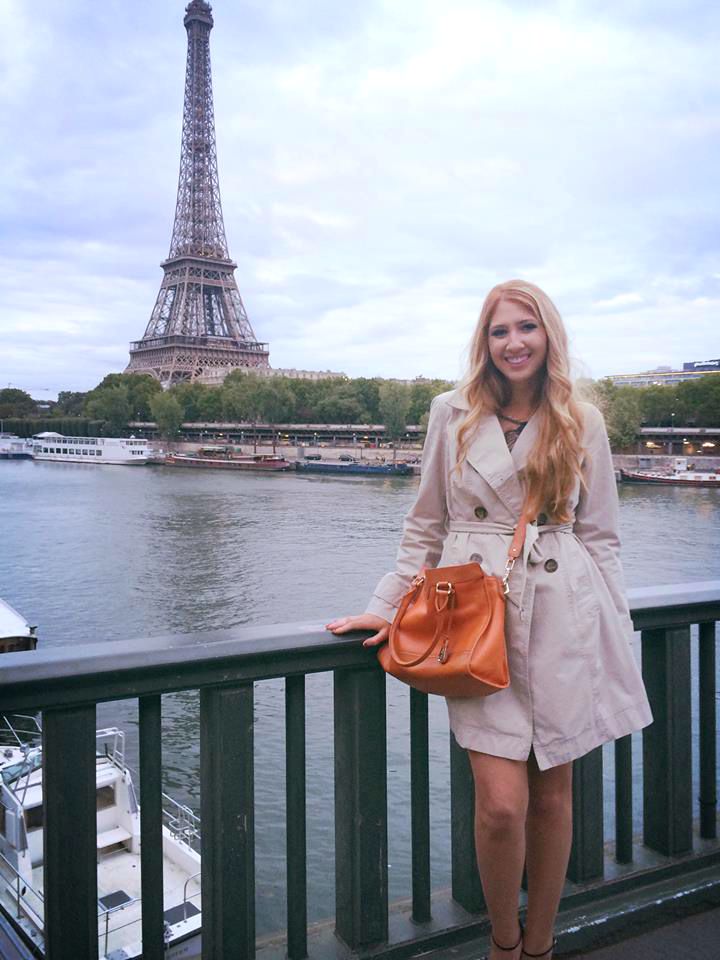 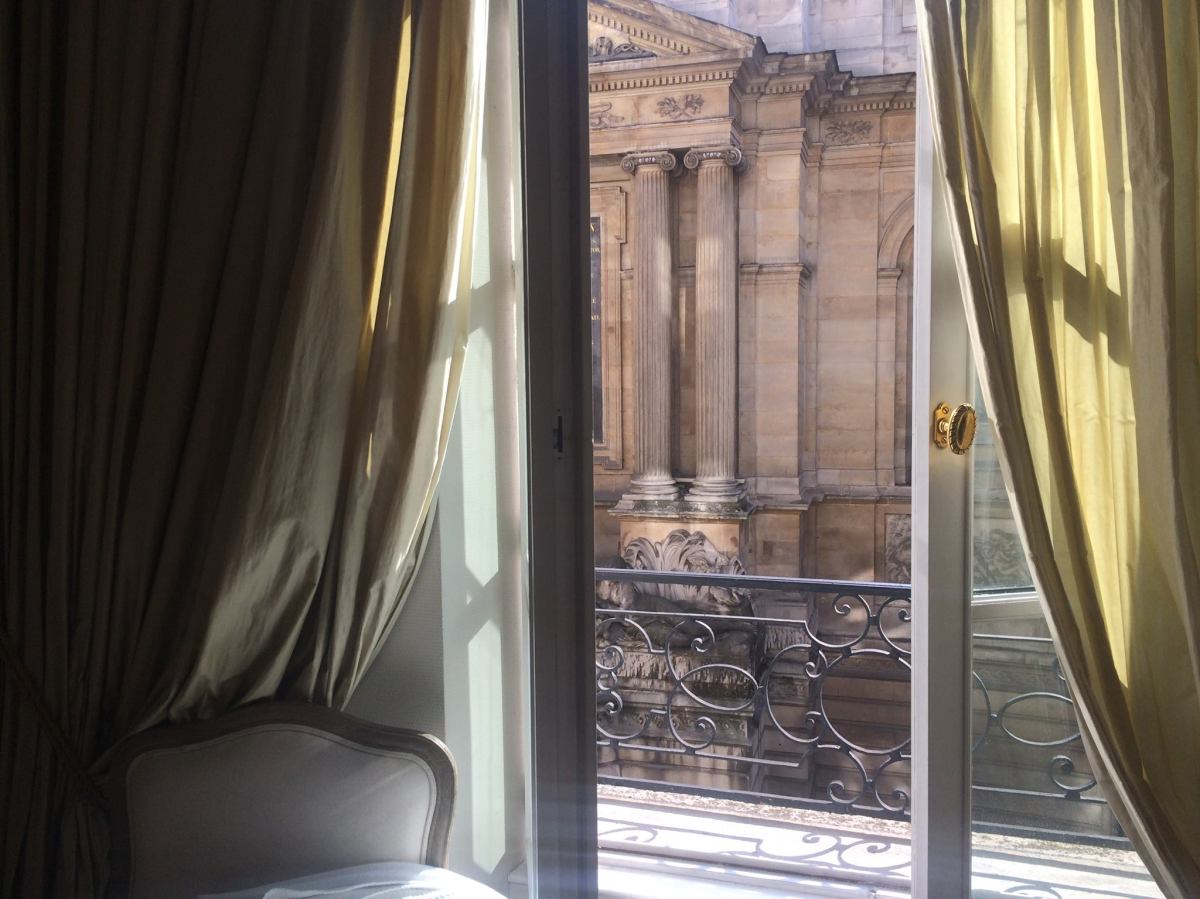 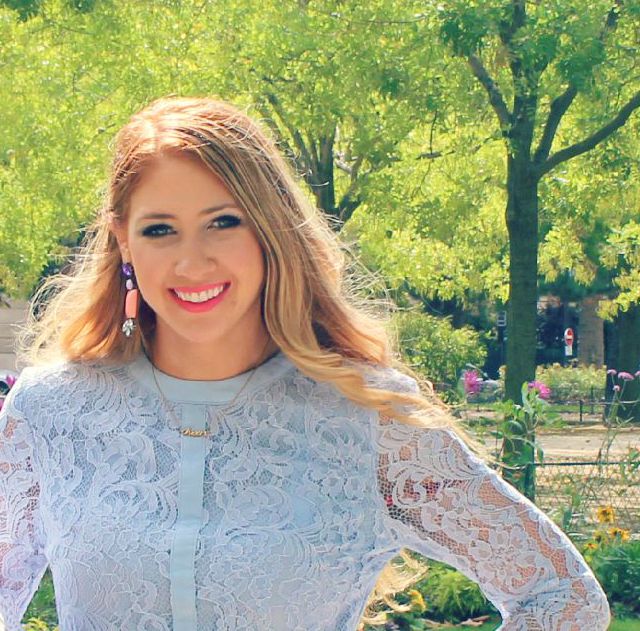 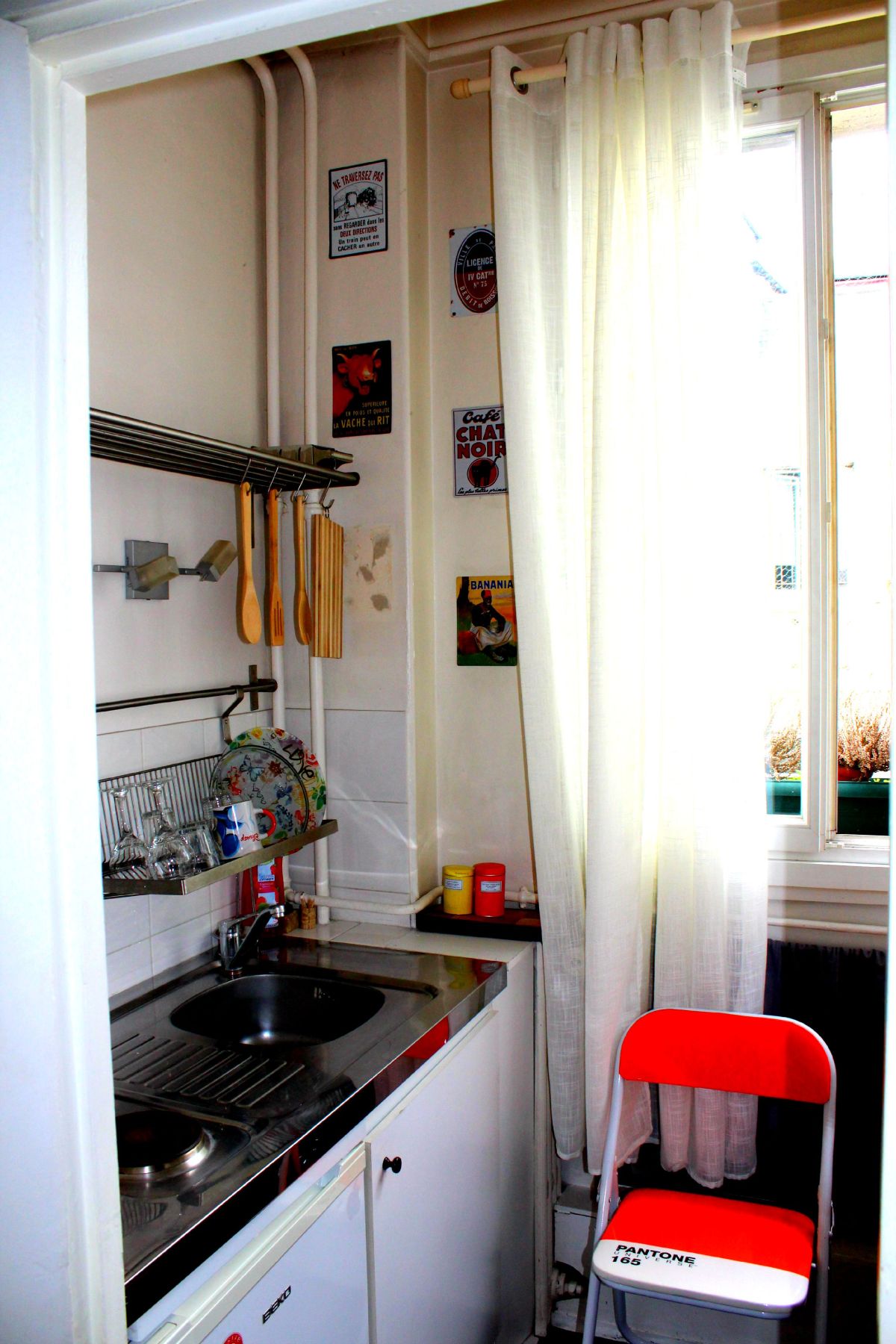 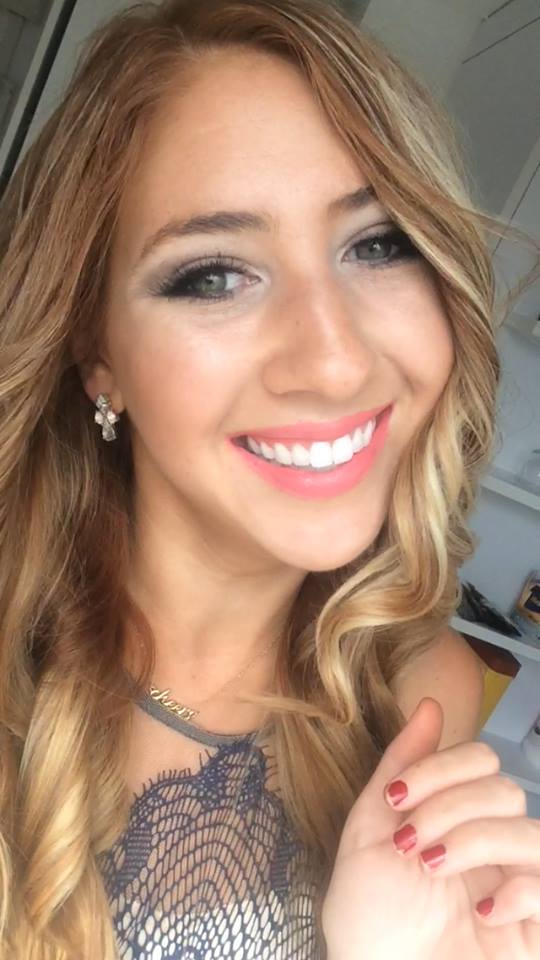 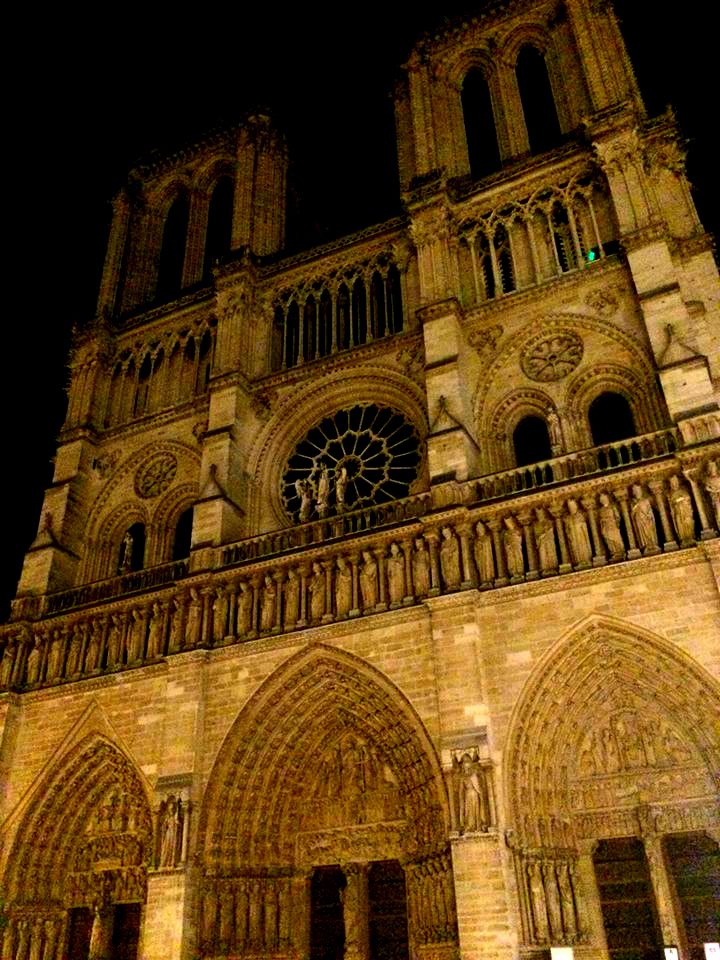 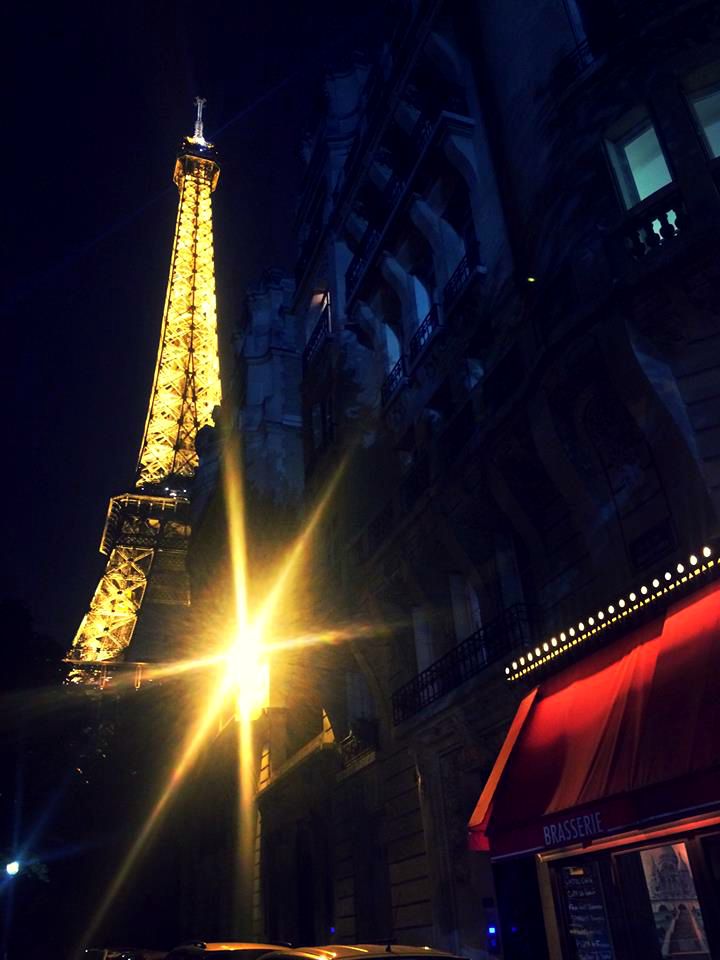 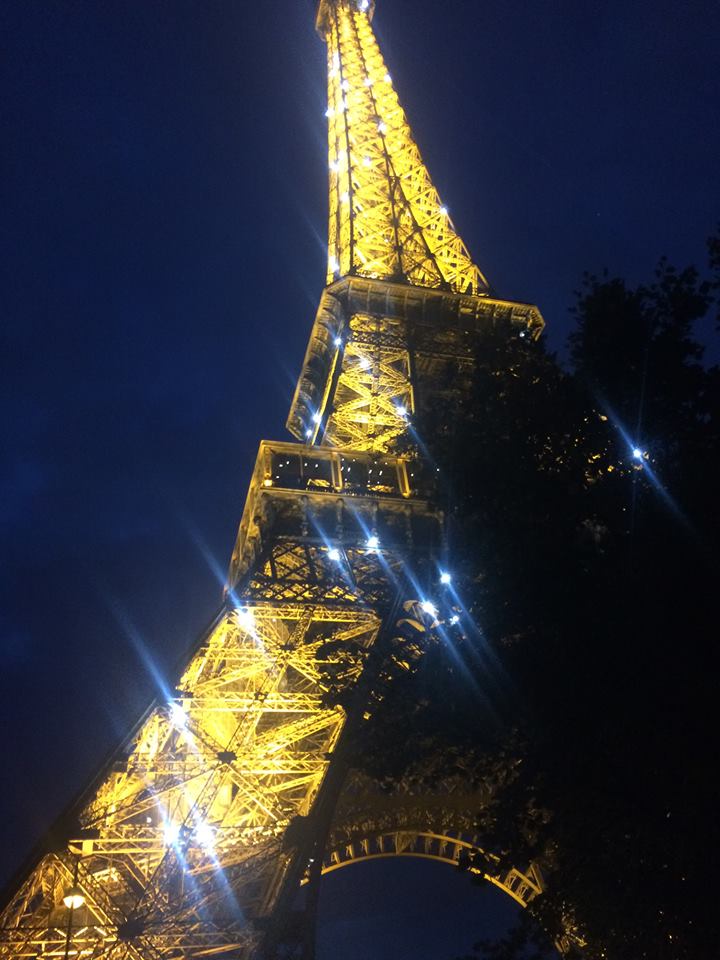 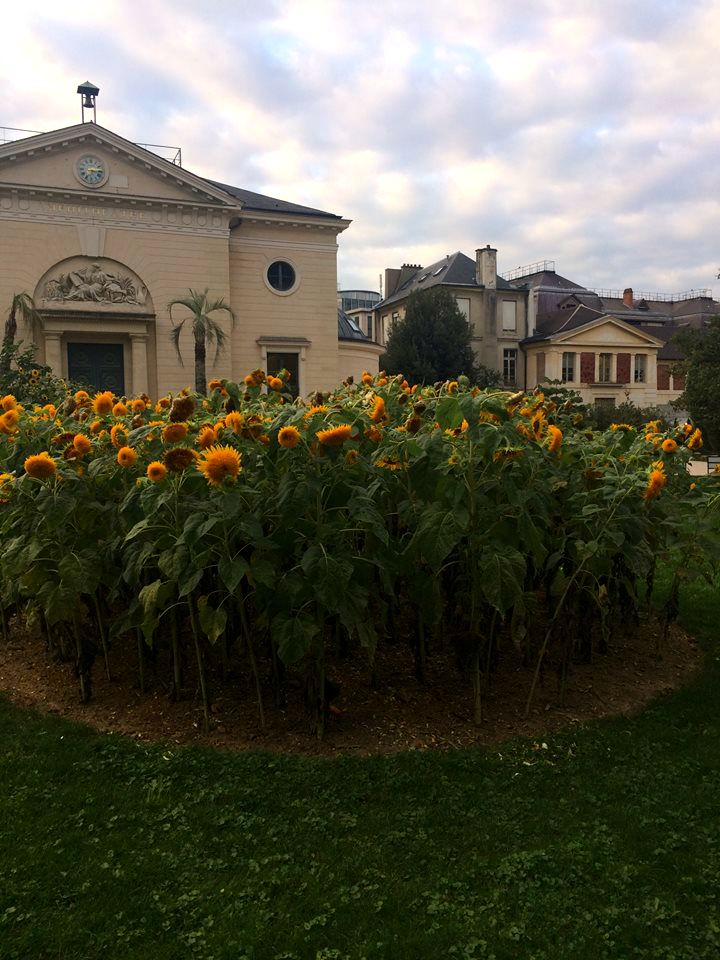 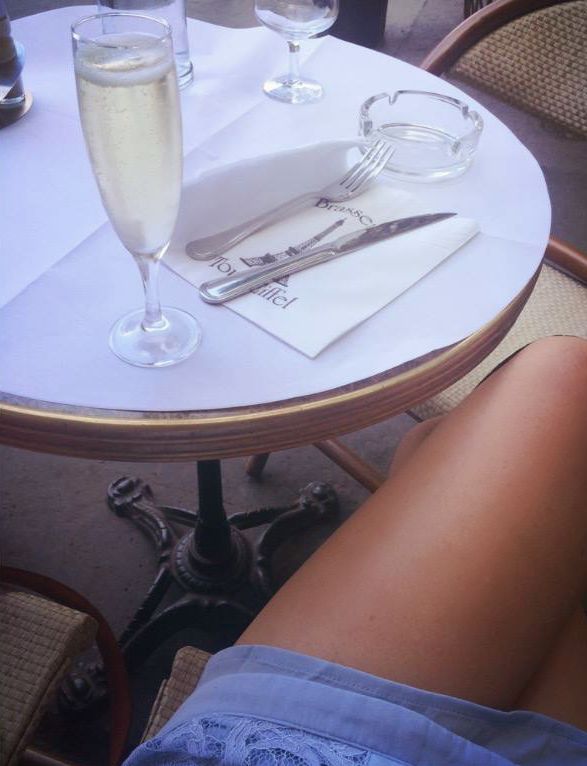 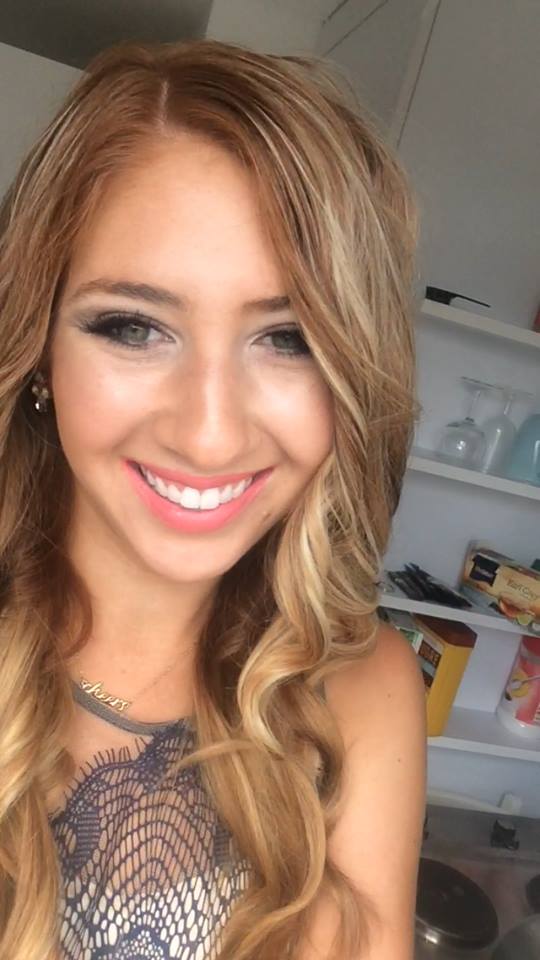 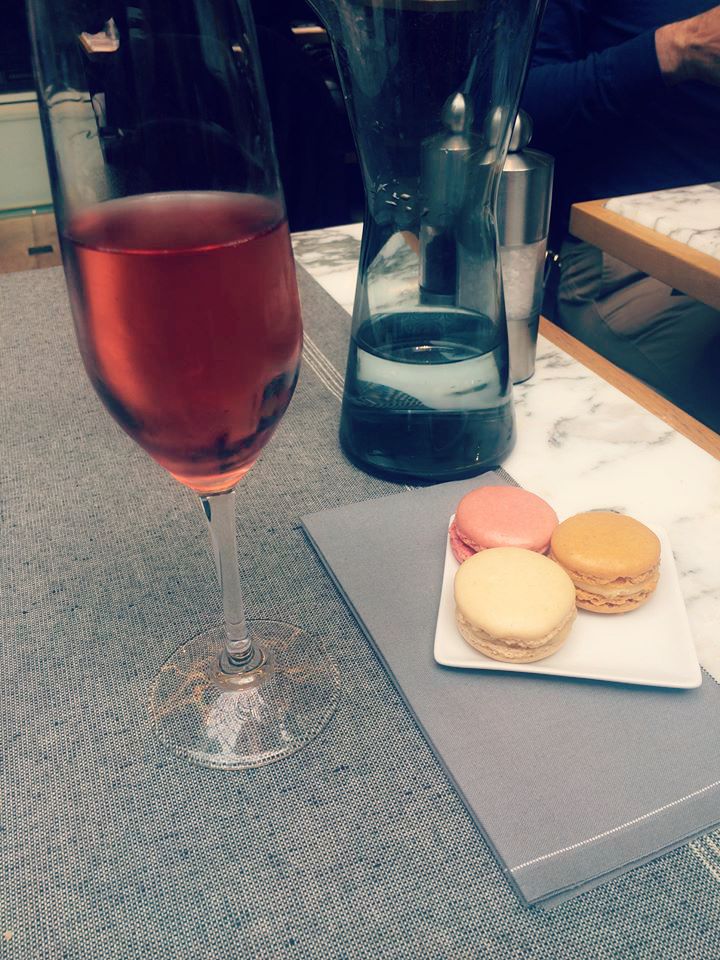 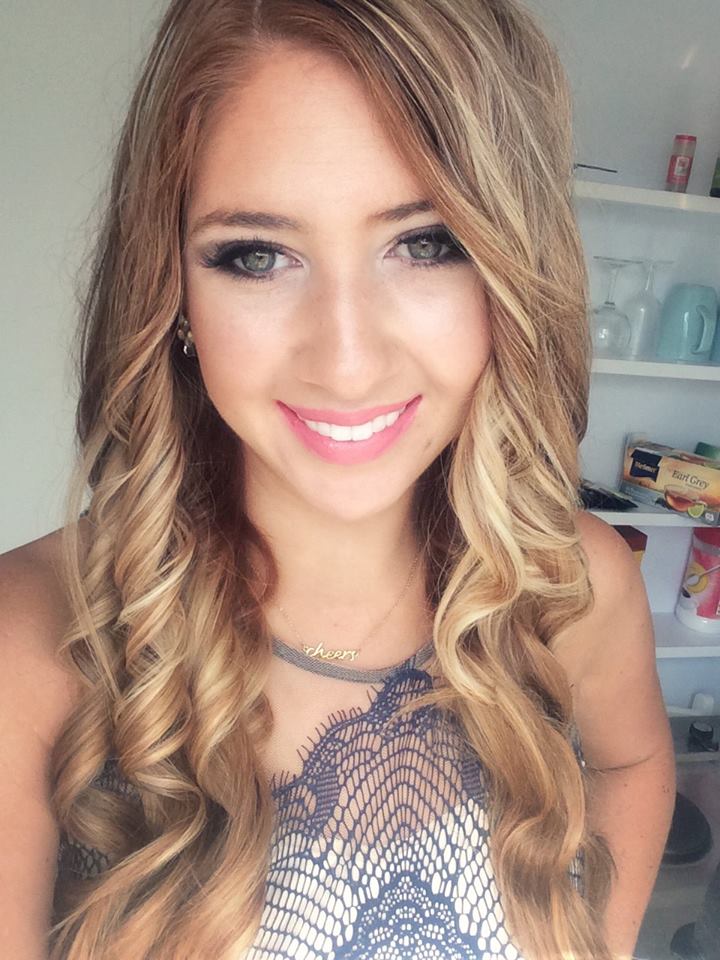 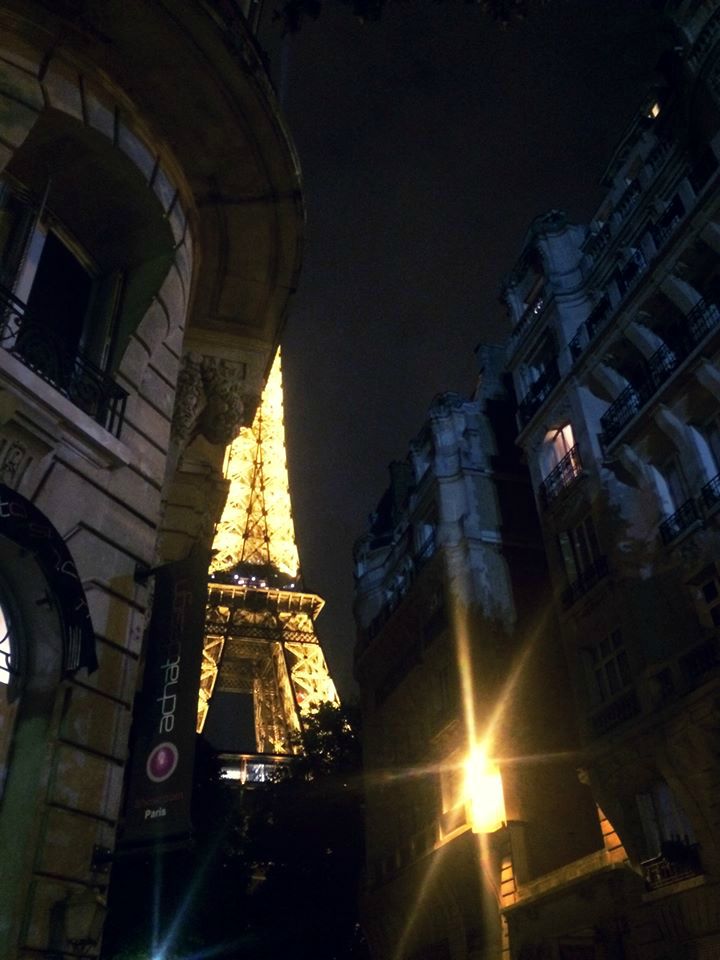 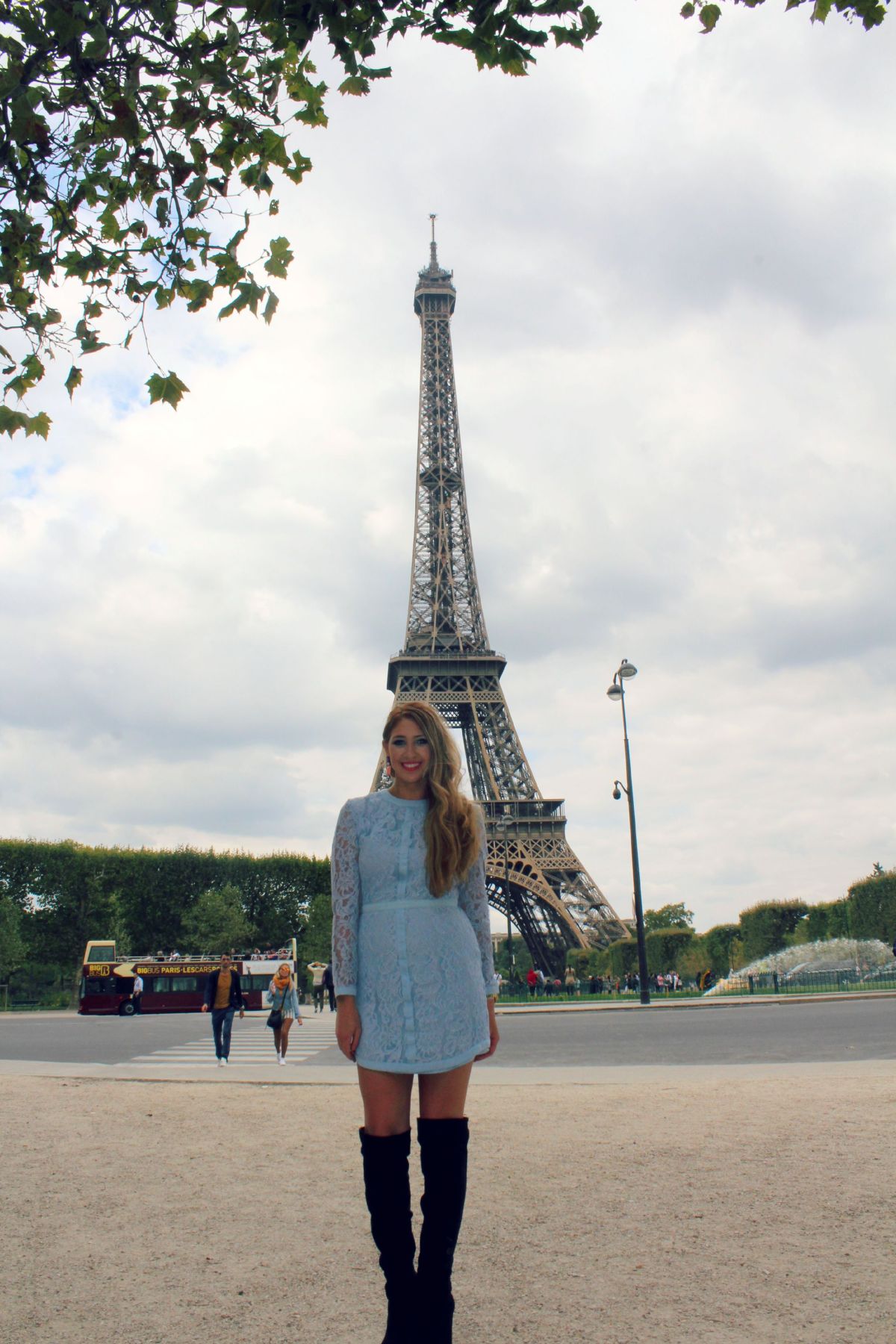 So I get to France and what do I do… I speak ITALIAN! My Italian has never been better and for some reason I cannot stop speaking it (perhaps because I’m still interacting with my Italian friends) but I have been speaking some sort of Italian mixed with Spanglish and almost no French whatsoever (I’m trying to change that). I’m incredibly glad I brought a phrase book because some Parisians speak almost perfect English and others not a word of it.

As much as I enjoy traveling alone (because let’s face it – you can do whatever you want whenever you want) the only time I really felt alone was when I was lost carrying all of my stuff around the city and was unable to find someone who spoke English. It definitely teaches you humility and I feel more compassionate towards others struggling in a different country where they don’t speak the language.

Some Parisians were very kind to me when I was asking directions and would even stop what they were doing to walk with me or write things down on paper for me or let me use their phone since I didn’t have data. I’m so grateful for those people. A few even mentioned they knew there is a reputation for rudeness there and they wanted me to have a good impression of their city and see how nice some of the people are. I normally have similar thoughts when I’m travelling because I feel in a way that I’m giving others I interact with an impression of what Americans are like and I want them to like Americans.

Enchantè.. Perhaps my favorite new French friend was the older gentleman that sat next to me on my long flight to Paris. He didn’t speak much English and I didn’t speak much French but we seemed to laugh at all the same things and that’s how we connected… through laughing and also a mix of charade-like gestures. He had brought a case of lobsters on the plane as a carry on so I knew he was a pretty interesting guy. At one point they served a meal with salad that included ranch dressing on the side and he took the lid off the ranch dressing and ate it with a spoon like soup. The look on his face said, “This American soup is strange.” I tried not to laugh but it reminded me of that time in Positano I started to eat leaves not knowing any better.

I am a big fan of airbnb.com now! I used them for the first time in Florence and have been staying in some really nice places that are less expensive than hotels and you get the whole space to yourself which makes me feel more at home! Here’s 3 of the apartments I stayed in during my time in Paris: 1) Eiffel tower studio 2) Studio by Seine river 3) Kangaroo studio : )  *If I have a good experience staying somewhere I want to feature it and if you are a hotel or host and want to be featured, you can e-mail sittingprettyinthequeencity@gmail.com.

After arriving at the airport to leave France, my flight was changed to the next day. I got in a taxi and when the driver asked me where to go I told him to take me to the Eiffel tower. So there I sat with all my luggage on the grass looking up at the tower with no idea where I was going to stay that night but I knew it would all work out so I just enjoyed the scenery.

I found another airbnb last minute and this place was near (what I probably incorrectly call) the Kangaroo Garden. It was less than a block from my apartment and I thought it was the neatest thing to walk in (my host was nice enough to accompany me) and see the animals. I told him that’s the only reason I picked his place because in the description It said kangaroo garden… STOP! Kangaroo garden?! and it sounded like the coolest thing ever! I mean…. kangaroos?!? (they even had French accents 😉 )

So funny story, while I was waiting for my host to meet me and let me in the apartment I was waiting in the lobby sitting on my suitcase and a man walks in and asks if I’ve been waiting long and held the door open for me. So I walk with him with all my things and it wasn’t until I was practically moving in with him that I realized this was not my airbnb host but just some guy making conversation and he was trying to explain he did not know me in French. (haha!) I was pretty embarrassed and when I told my friend this story she said I remind her of a female verson of Mr. Bean with all the goofy things I do while traveling. I embarrass myself all the time (almost daily) but it makes for great stories at least. : )

While at dinner I poured my own wine when my first glass was gone and a French woman corrected me. “You never, ever pour your own wine in France when a man is at your table. “So you’re saying if my glass is empty he must fill it?” This quickly became a fun game (for me). Probably my shining moment. Haha

My last night in Paris I walked to dinner and bar hopped and made wonderful Parisian friends! We ended the night in the early morning hours by buying a bottle of wine and walked to the Pantheon (nearly identical to the one in Rome) and then Notre Dame which was stunning at night and we were the only people there. So we sat and drank and I just sat in awe of the landmarks. I think I was meant to stay in Paris an extra day and I’m so glad it worked out that way because I got to see a different side of the city. Hopefully I’ll be back soon and can spend even more time here!

I am working on uploading some getting ready videos to share but I don’t know a thing about editing so if you have some words of wisdom feel free to share!

Hi, I'm Joanna. NC based. Lover of beautiful things. Welcome to my blog! I also own The Classified Design, a website design and social media management company! This blog is a really fun creative outlet for me and I love interacting with readers so if you have questions or tried something out from the blog, please share! I always look forward to questions and comments. To follow along on Instagram: SittingPrettyintheQueenCity for my business accounts: TheClassifiedDesign xoxo Jo p.s. follow me on Instagram: sittingprettyinthequeencity Twitter: JoSittingPretty https://www.facebook.com/SittingPrettyintheQueenCity For sponsorship opportunities or collaborations email sittingprettyinthequeencity@gmail.com View more posts

83 thoughts on “An American in Paris”